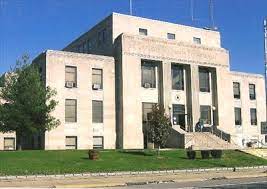 MT. VERNON – A fitness to stand trial evaluation has been ordered in the Jefferson County case against 55-year-old Frederick Goss who is accused of robbing a Mt. Vernon gas station and gunpoint and then exchanging gunfire with a Mt. Vernon Police Department officer as he fled the scene.

Goss was hospitalized for months following the June 2021 incident suffering from a gunshot wound to his ankle sustained in that exchange. He was transported to the Jefferson County Jail following his release from a St. Louis area hospital.

Then in October, Goss was being returned from lunch break at the jail to the courthouse where his trial was underway when according to the Illinois State Police, a Jefferson County correctional officer was moving Goss from a transport vehicle to a wheelchair. The officer had removed Goss’ handcuffs, because the inmate was not supposed to appear before the jury in restraints.

The two were in a sally port entryway in the basement of the courthouse when Goss, still in the wheelchair, grabbed the officer’s sidearm. The two struggled, and ISP says Goss disarmed the officer and fired a single round from the gun.

Emergency medical responders took Goss to a local hospital, and he was later transported to another hospital in the St. Louis area.

That incident was captured on security cameras and ISP ultimately released the video to the public. ISP and the Jefferson County Sheriff’s Office continue separate investigations into the sally port incident.

During a status hearing Tuesday on the original case, the court ordered Dr. Angeline Stanislaus conduct a fitness evaluation on Goss. A status hearing on that order has been scheduled for January 4.

No charges have been filed at this time in connection with the October incident in the courthouse sally port.