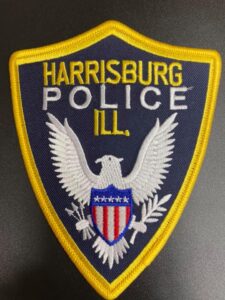 HARRISBURG – A Carmi man and a juvenile were arrested after leading Harrisburg Police and the Saline County Sheriff’s Office on a police chase Monday night.

According to Harrisburg Police, shortly after 9 p.m., Carmi Police notified Harrisburg Police that they were investigating an Attempted Homicide/Unlawful Use of a Firearm case that had happened in Carmi. Carmi Police identified 24-year-old Tony R. Buckman of Carmi as the suspect in their investigation. They believed that Buckman was headed to an address in Harrisburg driving a red Jeep.

Harrisburg Police officers and Saline County Sheriff’s deputies conducted a High Risk Stop with the vehicle near the intersection of Route 45 and Sloan St. Once officers made verbal contact with the occupants of the vehicle, the driver fled the scene and initiated a vehicle pursuit.

During the pursuit the suspect swerved at oncoming officers attempting to strike them head on. The pursuit ended when the suspect vehicle crashed into a brick wall, near where the initial stop took place, and was boxed in by pursuing officers. Officers were then involved in a short foot pursuit with the suspect, before taking him into custody in the Sonic parking lot.

The suspect taken into custody was confirmed to be Buckman. During a subsequent search of Buckman’s person, officers located 44 grams of methamphetamine (ice) on his person. During this investigation, officers also arrested a 17-year-old juvenile male who was in possession of a handgun.